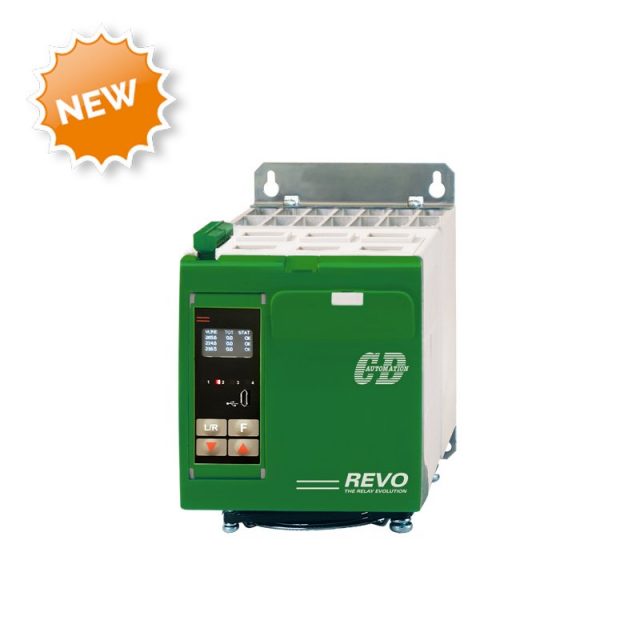 REVO PB allows you to reduce the costs of electricity in industrial thermal processes.

With traditional heating systems based on resistors and multi-zone power controllers, when you turn on the load you have a great impact on the peak absorption and when you modulate the load to keep the temperature constant you introduce a lot of disturbances into the electrical network.

This leads to possible malfunctions of the electronic control and penal systems by the energy supplier.

REVO PB power controllers are among the latest in the REVO family expanding REVO PN Family up to 90 A per channel.

This is the ideal unit in cases where it is necessary to control and optimize the power. Its optimization algorithm, like an orchestra conductor, distributes the required power of the individual zones while keeping the total power absorbed on the line as constant as possible.

The power fed into the grid without synchronization looks a lot like a raging river. REVO PB distributes the power demand of the individual zones, maintaining more regular absorption and feeding constant power to the grid, without continuous power peaks.

In multizone applications, this brings several benefits:
– A power factor close to 1
– Power peaks are avoided that lead to exceeding the power contractually established with the utility that supplies energy.
– Stress to all electronic components is avoided by extending the useful life of resistors, power units, wires and potential damage to the system is avoided by reducing the probability of machine downtime.

At every channel/zone it is possible to connect a single phase load of maximum 35A / 50A / 75A / 90A with a connection Phase – Phase or Phase – Neutral. 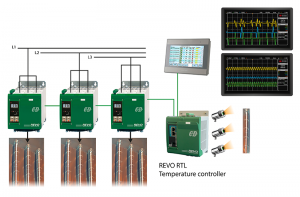 The management and insertion of unsynchronized loads can lead to an increase in the generated harmonic component (THD). This effect increases losses, generates noise and can generate overheating of power cables.

Even with Zero Crossing firing and discontinuous operation the harmonic components can reach important values.

Thanks to its control strategy and thanks to the distribution of the power required in the management of multizone loads, REVO PB keeps the Power Factor values close to 1.
A low Power Factor, a high waveform distortion and an increase in harmonic components lead to an increase in the costs of energy consumed.
With the inclusion of the Power optimization algorithm , a reduction in the costs of energy consumed is obtained.

The choice of Modbus RTU as standard communication protocol on the unit is due to the great ease of interfacing with HMI operator panels, PLCs, industrial PCs and other units present on the system which in most cases are already equipped with this communication standard.

Through the use of the TU-RS termination unit it is possible to connect the REVO RT with some of the most common field buses on systems including PROFINET , PROFIBUS DP , EtherNet / IP & # x2122; , Modbus TCP .

The unit is plug and play because it is configured by us according to the specific needs of each customer. 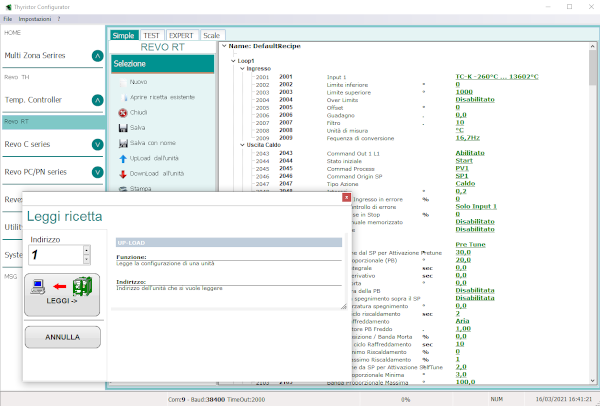 The unit is configured through a USB port on the front of the instrument and a very simple and intuitive software through which it is also possible to record and download standard configurations. 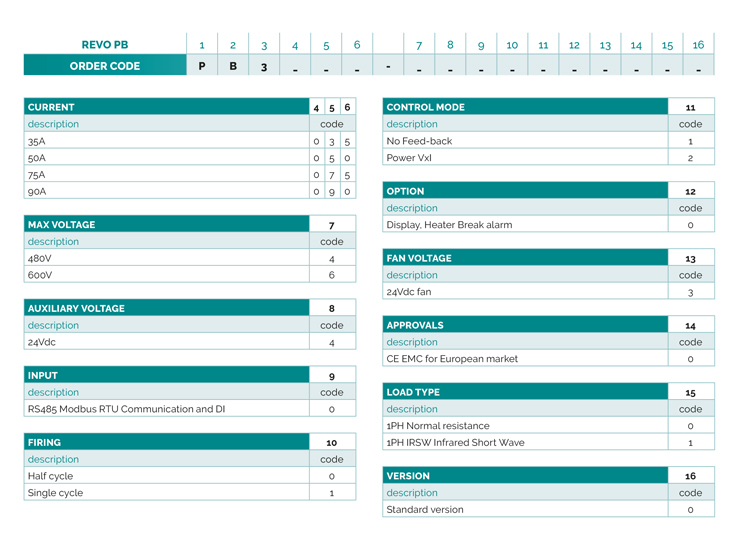 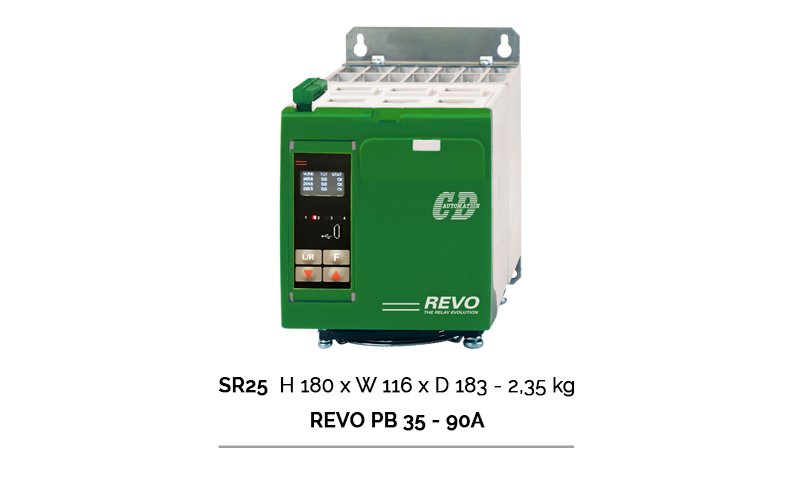 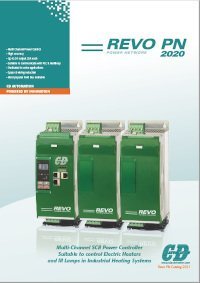